Does Apple compete with luxury watchmakers? 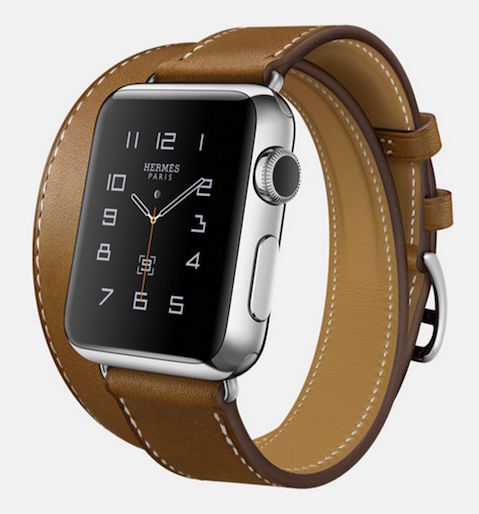 You have seen the ads in Vogue and you have read about the $10,000 model. But is Apple's watch a luxury product? Probably not.

It's hard to browse the twelve-page advertising spread touting Apple's shiny watch in Vogue and not feel a bit intimidated. It's a raw demonstration of power, money, and the company's ability to monopolise attention.

Apple has all the cash in the world to hire top fashion talent, run huge campaigns in any magazine it desires, and do whatever it takes to position its smartwatch as a fashion accessory. The message is clear and has to be heard everywhere: “our product is not for geeks”.

After all, Google's disappointment with its Glass is still fresh. Its bitter aftermath is here to remind us that making a tech product desirable is much different to making a hybrid gadget like the Glass or a smartwatch alluring (and fashionable). But that's not all. Given the principles behind luxury products, it's rather hard to sell Apple's watch as one. Even their $10,000 limited edition can't distract from the fact that at its core it is a machine-assembled, mass-produced gadget, and one that functions as a tech product at heart: it bleeps and glows, and it's supposedly there to improve your life in practical ways, instead of making you feel unique by owning it (unlike, let's say, a Vacheron Constantin watch).

A few guidelines from the book The Luxury Strategy by Jean-Noël Kapferer and Vincent Bastien, considered by many an essential resource in the field, may help us understand why Apple's watch will have a hard time passing as a luxury product (and perhaps even as a fashion accessory).

“When it comes to luxury, hedonism takes precedence over functionality”

Apple's live event about the watch was, in its greater part, about apps, functionality and being on the edge of technology. After all, even Apple's CEO Tim Cook referred to it (among other things, to be fair) as a “comprehensive health and fitness companion”. These are not the kind of words you want to hear when you are about to make an irrational, passionate purchase. Given the focus on helping you stay fit and checking your email effortlessly, there doesn't seem to be enough hedonism in Apple's watch. The fact that these small 'innovations' are also available in a numbered 18K gold case does not alter the mix much.

“Luxury is not comparative”

According to the book, “Luxury is not 'superlative' and not 'comparative'; it prefers to be faithful to an identity rather than always worrying about where it stands in relation to a competitor”. Apple certainly worries. It matters if the watch's apps ecosystem is decent, if the battery doesn't need recharging every few hours, and if the screen is built to last. Any new products from Samsung or Tag Heuer could overshadow Apple's watch if it pales in comparison. People are going to compare features because it's part of how we buy tech products and Apple's watch looks and acts as one (for the biggest part at least). Granted, Apple enjoys a cult-like status as a brand. Also, while its products have been repeatedly criticised for lacking in the specs department, that has not stopped them from becoming best sellers. However, as the Watch is a hybrid product, it is traveling into uncharted territory. Let's not forget that a lot of potential buyers don't see the point in purchasing a smartwatch at all, so the Watch has to speak to their hearts.

“We've designed the Apple Watch to appear to a whole variety of people”, said Mr Cook, something that directly contradicts another key point of luxury. As Kapferer and Bastien point out: “Trying to make a brand more relevant is to dilute its value. Its wider availability erodes the dream potential among the elite”. Even though the $10,000 model comes in a limited edition, the mechanism inside it is still the same one found in all the other cheaper versions, which brings us to the point below.

“Luxury is made by hand”

There is little to be excited regarding Apple's watch when it comes to its manufacturing process. Made in China (with the unfortunate images of Foxconn factory workers in poor conditions coming to mind — even if the watch is manufactured elsewhere), its massive, industrial production has little to do with human value put into it. According to Benjamin Clymer's article on Verge: “In addition to perceived value, mechanical watches are also priced by human value: how much of the work is done by hand (in many cases using 200-year-old methods). For example, a watchmaker named Philippe Dufour makes just 12 watches per year, alone in his one-room atelier in the mountains of Switzerland. A simple, time-only piece can cost $100,000. Whether the case is gold or platinum, the price of a Philippe Dufour watch remains (roughly) static — you are not paying for materials, you are paying for Mr. Dufour’s time and touch. The Apple Watch has minimal human value, and that is the biggest difference between it and its mechanical counterparts”. With this however, one could argue that writing software is as much of a craft as making a watch by hand. As more and more things get digitised, the real argument is whether modern crafts like software and user interface design can be accepted and appreciated as luxury attributes or not.

There is a Patek Philippe campaign that muses rather playfully "You never actually own a Patek Philippe. You merely take care of it for the next generation". Can anyone out there feel the same about the Apple Watch? A new version is probably being designed or built as we speak. It's uncertain how long its components will last or if it's possible to replace them. It's rather obvious that this is not a timeless item. Apple may give brands like Swatch a run for their money, or it might offer a better designed, more premium fitness device. But a luxury watch it does not seem to be.

My guess is that everyone at Apple, especially people like Angela Ahrendts, are aware of the product's limitations. Their watch is a potentially interesting gadget, not an 'it' item by fashion standards. It's a device that has been made available in an 18K gold version for a particular reason. When you spend money for ads in Vogue, create a limited edition that few can afford, and hire models as your ambassadors, one could assume that it's part of your marketing plan to differentiate your product and further strengthen your position as a premium brand. Being in vogue is always desirable, after all.

I wouldn't be surprised if Apple loses money with its expensive limited edition model (even though some argue that it will sell well). In fact, I feel that this version of the watch is part of their marketing budget; money cleverly invested in the production process, in an effort to make the watch more fashionable, and hopefully more desirable. As Benedict Evans puts it: “Apple retail is a self-funding marketing operation. So too, perhaps, is the gold watch. Apple might only sell a few tens of thousands, but what impression does it create around the $1,000 watch, or the $350 watch? After all, the luxury goods market is full of companies whose most visible products are extremely expensive, but whose revenue really comes from makeup, perfume and accessories. You sell the $50k (or more) couture dress (which may be worn once), but you also sell a lot of lipsticks with the brand halo (and if you think Apple's margins are high, have a look at the gross margins on perfume)”. Obviously, all bets are on regarding sales. Apple could be showing us the sky to make us feel good about spending the $350.

Ultimately, it looks like the future of Apple's watch will be decided in two areas. The first one is fashion, where things can be tricky. Fashion tribes, as many tech startups have probably learned the hard way, speak a different language than tech people. However, the company has the means to swoon us with sponsored fashion editorials that ooze coolness in glossy magazines worldwide, and to strike deals with a variety of influencers. The second area is that of wearables as digital lifestyle assistants, where Apple has the potential to succeed. It just needs to convince us to use two screens for the things we can already do with one: that of our smartphone. 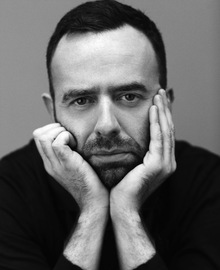 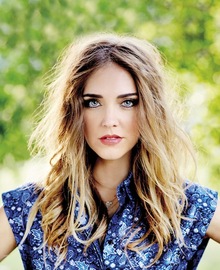 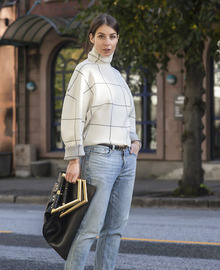 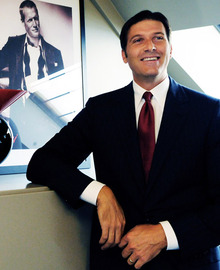