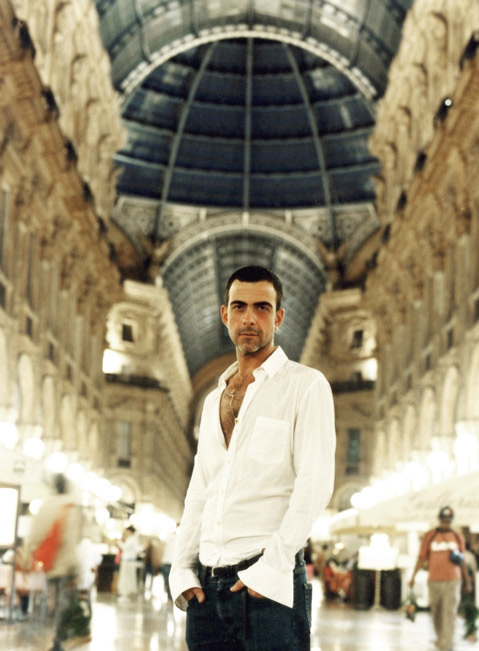 Do you want to experience Milan as an insider? Acclaimed fashion designer Antonio Berardi gives us the best tips to enjoy life there as a local...

I chose to live in Milan as it made my life easier. I used to spend five days a week here and go back to England for the weekend, but after a while it all became a little too much. The nicest thing about Milan is that nobody knows you. Most of the time I can hang out and chill, without being recognised, which is ideal. Of course, going to a club or a trendy bar or restaurant is a different matter. People recognise you, talk about you as if you are not there, or think that because they know who you are, you are their friend. Italian friendly can be miss-construed as stalking, and on occasion I have had to be rescued.

For breakfast, La Veranda at the Four Seasons hotel is just the perfect place. Being virtually British, insomuch that I was born there, breakfast is for me a ritual. When I have the time I like to relax with newspapers, fresh coffee and juices and toast — my favourite thing. Of course, a great full English is always available, and once in a blue moon is a wonderful treat. The other great thing is that because they are so used to having Russian clients, they always bring a little stool so that ladies don’t have to put their handbags (and I’m talking Hermès Kelly’s and Birkin’s in crocodile of course!) on the floor. How very chic and very pleasurable, but take your time, it’s well worth it.

In any city there are good points and bad points. Milan has great places to shop for food, such as Campagnoli on corso Vercelli, where I buy fresh Sicilian cheese and cranberry juice (which you can’t find anywhere else here), and Peck, via Spadari 9, which is possibly the best Deli in the world. Also, one cannot miss Cova. It is to Milan what La Duree is to Paris. It is the quintessential and the only bar in the fashion quadrangle that is Montenapoleone, Spiga, Sant’Andrea and Gesu. This is the fashion equivalent of an oasis, a place where everyone comes for coffee and pastries, or just to chat and people watch. Coffee is great and the tea is served just like it is in Blighty, and that’s saying something. Just one thing however: due to its clientele, cameras are banned!

In regards to eating out, I have two favourites. La Picccola Cucina is the first one: a simple non-descript doorway best describes the gateway to this tiny gastronomic paradise, which has only six tables, and is incredibly Spartan. When my acquaintance arrived, we were duly seated and offered a prosecco whilst we perused the menu, perhaps the most inviting and mouth-watering guide to Italy and all of her regions. From a Sicilian pasta con sardi, through the finest Milanese that simply melted in your mouth, everything was sheer perfection: the service, the presentation and taste sensation, and the selection of wines. I had the pleasure to meet the chef afterwards, for a chat and a cognac. A young man with an amazing repertoire of regional Italian cuisine, thanks to the nobleman who employed him for many years to re-create his favourite dishes. This is possibly one of Milan’s best-kept secrets, and a truly unforgettable experience. The second one is Casa Lucia, which I discovered on the way to the gym. It had literally just opened and looked like a New York restaurant. I popped my head through the door and asked if I could bring my dog Bruno. They said they thought it would be O.K. and I have been a regular ever since. The food is Tuscan with a twist, as the Maitre-D, Riccardo, worked in the states for a while, so he tends to import his meat and shellfish and some of his recipes. The other great thing is that their kitchen is open until 1 a.m., which is a godsend for Milan — a city where kitchens stop serving after 10 p.m.

Italy being a country of art lovers also means that Milan has great bookstores. Once a week I tend to roam the city for books, art and photography mainly, as I buy English reading books over the Internet. Corso Como 10 has a great book selection, as does the art bookstore at the Triennale, via Alemagna 6, a great place for brunch on Sundays.

Now, I should also mention that I am a shopaholic, and when I'm not working I enjoy leaving money at Maison Martin Margiela on Via della Spiga and Balenciaga on Via Santo Spirito — both have great low key clothing which I love (I hate logos). Anaconda is a little treasure trove of a jewellery shop, where the emphasis is on the exquisite. Here the emphasis is on the modern with a nod to the past. The owner, Monica Rossi, specialises in small pieces of art, and has a natural flair for the unusual, but elegance and luxury prevail. Gold is normally rose coloured and sandblasted, diamonds come in every colour under the sun, and these she mixes with porcelain silk, antique 17th century French reliquaries and even minute roman mosaics. The result is quite simply stunning, and everyone I have ever taken there has literally walked out with something unique. Prices are high, but things are a one off and that is what makes Anaconda so special.

Milan is a great working city, but I have my hood which is away from the hustle and bustle, and which has a park nearby where I take my bull terrier Bruno for fun, frolics and of course his toiletry needs. We tend to stop for coffee at the Tai bar in via Guido D’arrezzo, where I buy my preferred brand of cigarettes (they order them especially for me) and Bruno gets attention and treats. The doggy parlour is just around the corner, much to his dismay, as like most dogs he hates shampoo.

As for nightlife, I tend to be low key in Milan. I do fashion parties when I have to but like to keep myself to myself. I think it's better than being at the opening of an envelope as they say in England, and I think that my work should speak for me rather than me having to bore people stupid. One of the best places to go out is La Nuova Idea. I first went there many years ago, and I was literally gob-smacked. It was so surreal and bizarre that it felt like I was dreaming or in some weird parallel reality. Imagine La Cage aux Folles mixed with some uber club that plays cheap club music to a crowd that was even more absurd and you get an idea. There are two main floors: one has an orchestra playing classical versions of Jennifer Lopez tracks, whilst couples (mainly gay or lesbian, with many being well into their seventies) waltz, cha-cha, rumba and bossa-nova their hearts away. Everyone is ecstatic and flamboyantly dressed, and it looks amazing. You also have sofas and tables and people pay their respects to the various reigning dignitaries, of which there are many. More queens that you can shake a stick at! In the other room it's club music playing, and the crowd is mixed. Gay, straight, gangster, hooker, transvestite, et cetera — the scene is fun and well worth a look. I have to say, it is one of the best things about Milan. You don’t even get this in New York. 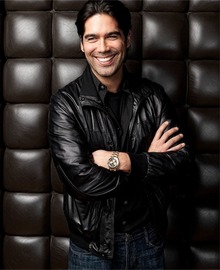 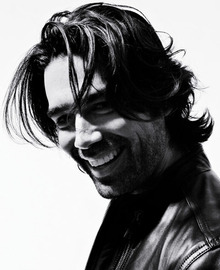