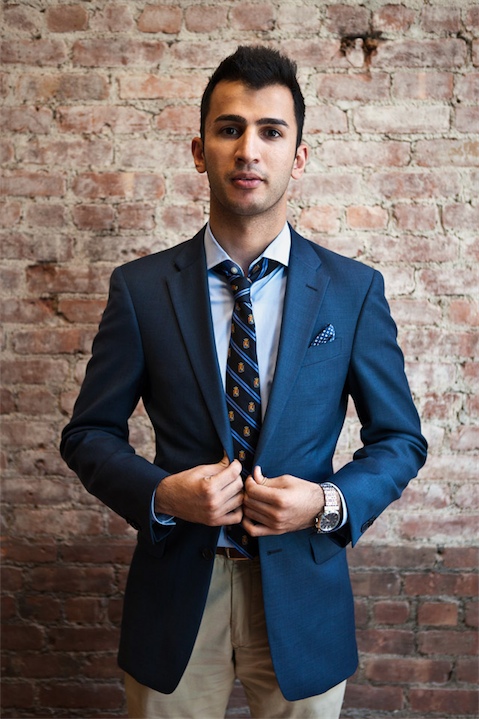 Atif Kazmi is the founder of the men's blog Por Homme and a writer at Askmen.com.

Espadrilles. Did I even spell that right?

I believe in being influenced by great people. I believe in men who worked hard, gave up everything for the greater good of their family, as they were building the great American Dream. My dad, my late uncle, and my older brother are my definition of great.

Fabrics are seasonal so right now, I’m digging linen or a blend thereof. A few months from now, I’ll swap that out for wools and cashmere.

Are there any style combinations that you object to?

I believe style is self-defined so I may object to doing certain things myself, but I can’t knock others for giving it a shot as they might be able to pull it off much better than I could.

I hear Milan is great though I’ve never been. I was brought up in the Northeast and really believe men in New York City really know how to dress. Of course not all of them do, but there a lot of folks I come across that just don’t miss a beat.

Would you say that you are conservative or bold?

I’m a mixture but more so bold. I’m not afraid to take risks, which has worked nine out of ten times. Don’t ask about the other one time.

What are the rules, if any, in the way you dress?

People have these style rules they treat like gospel and I guess I naturally abide by a lot of them but they shouldn’t hold you back from expressing yourself.

Don’t mix, because I don’t think most celebrities have it. They have stylists and money.

One garment/accessory that you can never have enough of?

He’s ready to close the biggest deal of his life. ABC.

My dad. He’s more particular than I am, but his love for clothing really rubbed off on me at an early age.

How do you select your clothing every morning?

Your mood before going to sleep and when you wake up seldom align, at least for me. That’s why I just try to see how I’m feeling in the AM and take it from there.

What is your biggest regret?

That I didn’t value the people that were always by my side until they weren’t anymore. Taking people that care about me for granted is and will always be my greatest regret.

The three essential things a man should know about style are...

That it’s really about self-expression, it’s self-defined, but will be the first thing most people will be able to judge you on, even from a distance.

Do you have any shopping rituals?

Yes, to ball ‘til I fall. Kidding. But seriously.

What is the first thing you notice on a man?

The one image that defined your approach to style...

I’d like to think my approach can’t be defined as I try to diversify and switch things up as much as possible.

Public School as I really think they’re doing something great for the menswear spectrum as well as for New York. We haven’t seen fashion like this come out of New York for quite some time, and their infusion of streetwear into a more sartorial lineup is refreshing to say the least.

The only article of clothing that a man needs to pay close attention to is...

The tie. Width, length, knot all matter so much.

My shoes. I have a closet dedicated to them. Sneakers, dress shoes, boots, all stacked in their original boxes.

Which designer never fails to impress you?

Umit Benan. For as long as I can remember, each collection has been nothing short of exceptional.

Who would you like to see next in My Style?

Lawrence Schlossman. I’ve always respected his style as he’s really knowledgeable. Dude really knows his shit. He has a very down to earth way of preaching style and fashion.

“Don’t be another blip on the radar.” 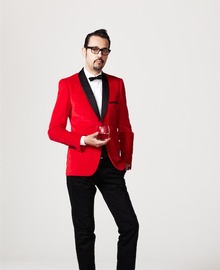