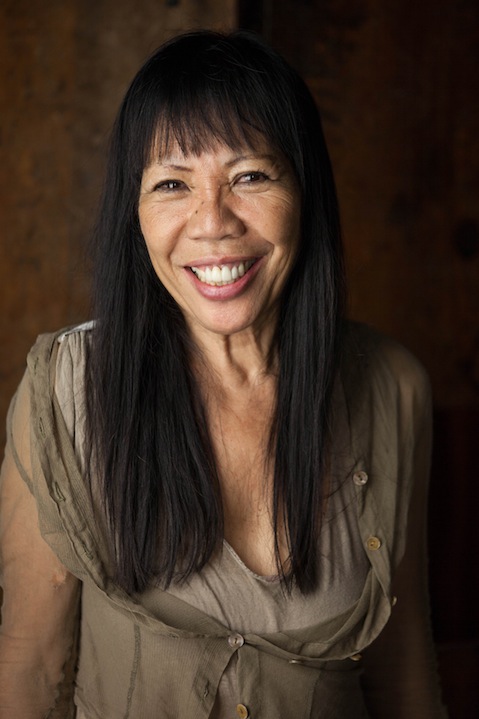 When the sneaker became the staple shoe to wear with a long, slim skirt, Michiko Koshino was the designer to accommodate the look. When tech fabrics evolved into the “it” material for a top or jacket, she was the one using them. And when Underworld ruled the charts, she was making the clothes for the fierce kids in the clubs dancing to their tunes. Michiko Koshino helped define the ‘80s and ‘90s with the “play clothes” that were to make a massive impact on the fashion world.

Born in Japan to a family of designers (her mother as well as her two sisters are in the same business), Koshino moved to London in the ‘70s to pursue her design career. She launched her brand in 1981 with a shop in Covent Garden, which looked more like a nightclub than a clothes shop. Among her biggest hits was the menswear line Motorking, as well as YEN denim — a men’s line highly sought out by women. Other lines included Q tee, Main Collection and 100’s, while she also branched out to accessories, cosmetics, eyewear, and underwear. 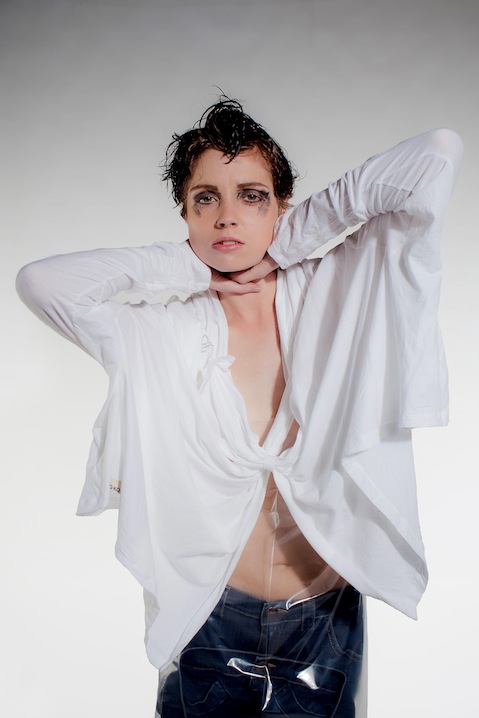 Her flair for original collaborations led her to controversial creations such as an eponymous line of condoms, as well as an environmentally friendly scooter for Honda. With such a diverse and whimsical approach to fashion, Michiko Koshino's decision to stage a comeback is definitely newsworthy.

You are a designer who famously embraced club culture in the '80s and '90s. How do you see today's era where it is quite extinct, or at least, not on a par with the past?

The ‘80s and ‘90s were the most interesting and exciting period of club culture. British club culture is not so interesting now — instead Ibiza is the one that I feel is still intriguing. It seems that people who go clubbing now are less stylish or smartly dressed. They wear more casual or even a bit filthy clothing. This is part of the reason club culture in the UK feels so boring to me now. In the ‘80s and ‘90s people were crazy about club fashion. Fashion trends were created from club culture during these times and still influence fashion trends today. 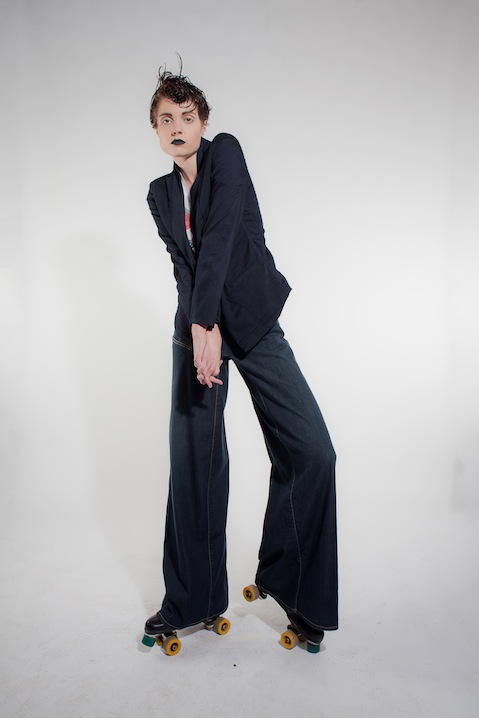 Would you talk us through the early stages of your career? What drew you to fashion design?

I started because I needed to survive. Becoming a designer was the easiest option and the only option that I had, as my mother and my two sisters were fashion designers. My mother was running her own business, so I have been in the fashion industry since the day I was born. Making clothes is such a natural thing to me; I never thought it was — or is — difficult.

Could you tell us about your decision to relaunch your label?

My decision to return was led by the people who constantly enquired as to where YEN jeans were being sold and who kept telling me how much they were looking forward to the return of the YEN collection. I am planning to open a shop on the ground floor of my studio in Queen’s Park, and I will also establish an online shop so that my clothing can be ordered from anywhere in the world.

How has your personal taste changed with the times?

I don’t believe it has ever changed. 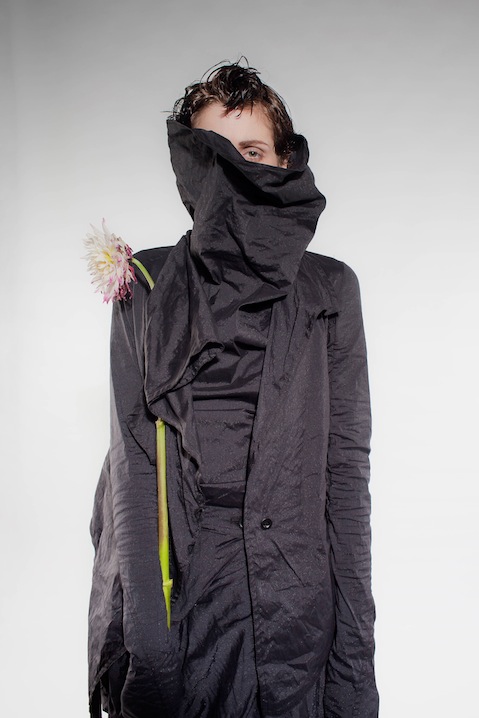 What has been your inspiration for your upcoming collection?

I would say that the concept of protection and protective garments like camouflage was my main inspiration.

In the past, you have been very experimental with fabrics, such as inflatable clothing. Are you still in the mood to play around with new materials?

Material is always very important, so I am still in the mood to experiment and I constantly have a lot of ideas; however, 99 per cent of experimental fabrics are not really practical. I have tried using them before and found them quite impossible for everyday wear. YEN is about clothing that is wearable.

Do you intend to work with more environmentally friendly fabrics, as there is a turn towards ethical fashion?

Yes, I'd like to try working with them more. However, I find that these fabrics are still quite expensive, which makes them less suitable for mass production. The fact that they don’t necessarily look very luxurious but cost a lot can also be a problem, as the customer has to understand why they are paying more. This is all about changing people’s perception and creating an on-going awareness. It may work, for example, by making accessories such as bags with materials such as newspapers. 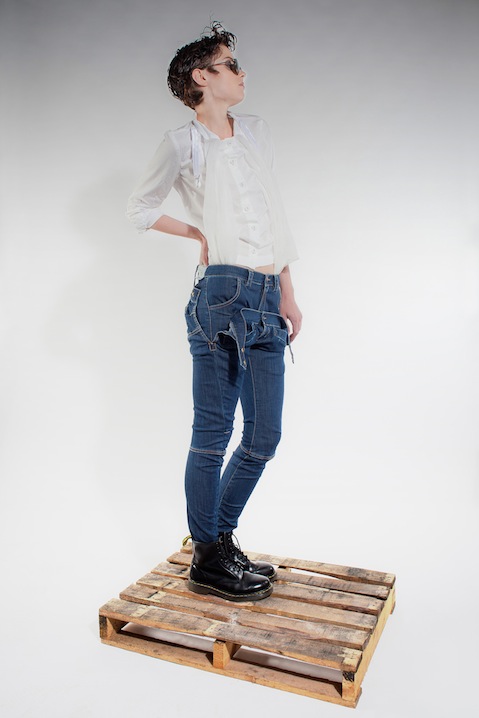 Is there any chance we might see more original collaborations from you, for example, stationary, a make-up range or a scooter, as you did in the past?

I definitely have new ideas for collaborations. I do travel a lot, so I’d be interested to work with a luggage or an airline company to make travelling goods. A collaboration that allows for my ideas to be used in a way that benefits both businesses is something I love.

Which fashion designer do you feel close affinity to and perhaps are even inspired by his/her work?

Kentroy Yearwood, who is going to be a men’s designer for YEN. I’ve been a designer for a long time, so I think there are quite a few people who have been inspired by me…

The way catwalk shows are held has transformed greatly from the time you started up until today. Where once there was dancing, has now been replaced by an exquisite, yet serious parade. What is your opinion on the change from the more free style to the concise professional style?

As the styles of catwalk shows changed, so did the media — these two things constantly influence each other. Right now, anyone can watch a presentation over the Internet without even going there. Attending a show seems to be getting less important, while there are lots of costs associated with people physically going to one. Will alternative media replace catwalk shows in the future? 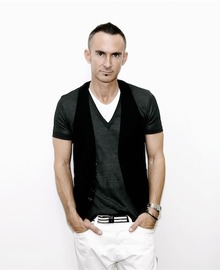 A day with Neil Barrett

A day with Neil Barrett